Former Polish President Lech Wałęsa, gave a speech this week in which he warned of the potential threat of an alien invasion. Wałęsa served as the country’s president from 1990 to 1995 and was awarded the Nobel Peace Prize in 1983.

Though he hasn’t served in government for almost 25 years, Wałęsa showed he still knew how to capture the media’s attention when he decided to discuss the hot button topic and his belief that an invasion may be imminent in a meeting at a civic club.

During the colorful speech, Wałęsa argued for what he believed were three levels of intellectual development in the cosmos, with humans unfortunately residing at the bottom.

It’s unclear whether Wałęsa was simply using the topic of extraterrestrials as a partisan talking point, or whether he may have some actual knowledge of their existence, though it seems the former is more likely, as he expressed his apparent disdain for certain global leaders.

“What are they doing here?” he said. “If we threaten destabilization (…) Putin, they will interrupt us, cut us in half, the land will collapse, we will all crush us.”

Unfortunately, full translations of the retired politician’s speech aren’t readily available, but one excerpt gives insight into some of Wałęsa’s extraterrestrial beliefs, including vague references to what might be construed as the work of Zecharia Sitchin or Erich von Däniken.

“The higher civilization can hold us that way for five thousand years. They will send Adam and Eve and we will build the world again,” he said.

“People find things, dig in stones, these pyramids … no answer, where did it come from?” 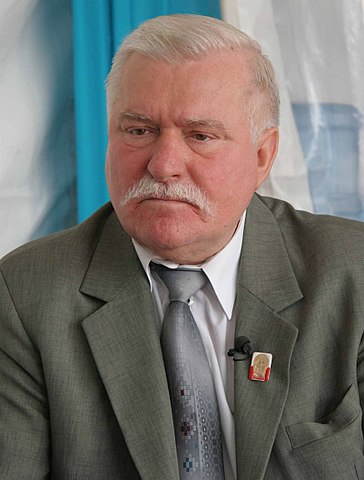 He also made mention of his belief that there have been a number of civilizations in our history that have reached current levels of technological advancement, but which suffered the fate he says he believes modern civilization is currently facing – collapse due to war and a lack of peaceful communication.

Wałęsa certainly isn’t the first public official whose belief in extraterrestrial intelligence has aroused interest (as well as ridicule) in the media. In the U.S., Florida congresswoman Bettina Rodriguez Aguilera made headlines multiple times for her claim that she was abducted by tall blonde alien entities when she was a child.

And of course, former Senate Majority Leader Harry Reid continues to espouse his conviction that the UFO phenomenon is real and worth investigating seriously.

But others are skeptical when world leaders and politicians begin speaking of alien invasion, or extraterrestrial technology in general, as they fear a false flag alien attack may be used to enforce a nefarious global agenda. Could Wałęsa be a provocateur in this grand conspiracy or is he genuinely concerned for humanity?